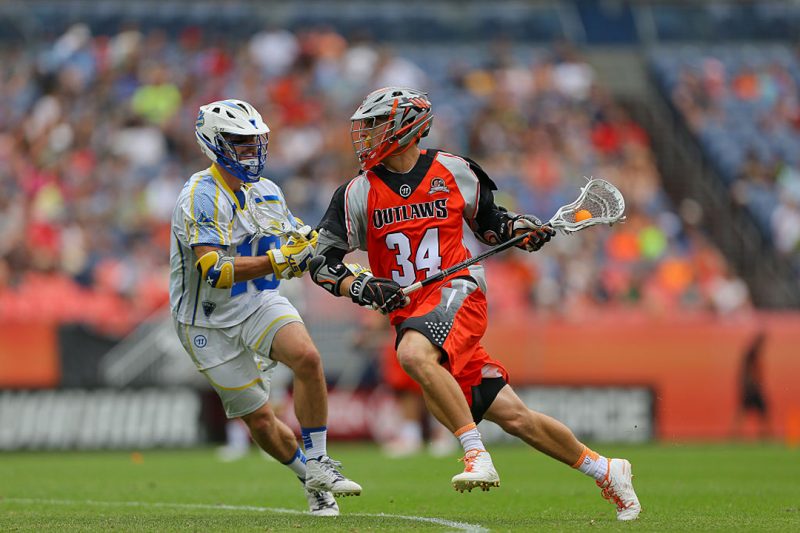 Erik Adamson is a midfielder for the Denver Outlaws in Major League Lacrosse. The Anaheim Hills, Calif., native graduated from the University of Denver in 2015, helping the Pioneers to their first national championship. Adamson was an honorable mention All-American in 2015 and graduated as DU’s fourth all-time leading goal scorer with 111 goals. Also an outstanding student, he was a finalist for the Lowe’s Senior Class Award and a USILA Scholar All-American.

We asked him if he could go back in time, what advice would he give to his middle school self? He had some great insight for young players. Here are three things to remember:

#1 Keep doing what you’re doing.
“I started lacrosse in seventh grade. I wasn’t good at first, but by the end of the year, I was starting on midfield. I was obsessed with the sport right from the start. I had a stick in my hands at all times and lacrosse changed the course of my life. I went to a different high school (Foothill-Santa Ana where he was a US Lacrosse All-American) because of lacrosse, and therefore college.

#2 Don’t worry about your size.
“You are going to grow. Don’t start lifting weights too early, or don’t try to lift as much as the kids who have hit puberty already. I think it’s the reason I have back problems today.”

#3 Don’t play wall ball too close to the windows on your house.
“That’s for my parents sake. I broke multiple windows.”